Traditional cellular networks are not ideal for start-up companies due to higher cost and power requirements.

Levno can invest more in its solution and less in replacing devices, while also expanding the service into new coverage areas.

Farmer James Griffin was one of the first customers to use Levno’s fuel tank monitoring service on the Spark IoT Low Power network. Griffin manages the 200-hectare Griffin Family farm in Rangitikei. He has two diesel tanks and two petrol tanks to service three tractors, a truck and ten motorbikes.

With some fuel tanks as far as 3.5 km from the farmhouse, Griffin has found it difficult to keep tabs on them. So as soon as Levno brought its monitoring service to market, he got on board.

The Levno system consists of a battery-powered sensor attached to the fuel tank, which immediately reports any change in volume. This information is sent in real time via the cloud to the customer’s phone. Fuel distributors can be notified when fuel levels get low, so they can schedule a delivery.

“The potential in the original system for milk and fuel monitoring, I could just see it working on our farm,” Griffin recalls. “The way we have it set up is that when there are any deliveries or removals from the tank, I have emails and texts sent to me.”

Griffin says the system allowed him to stop fuel theft, which is common on large farms. It let him account for all of his fuel tanks.

“I don’t have to tell anyone that I need more fuel. We were constantly running out of fuel a few years ago. Now we can monitor seasonal use better, and when we do need more fuel, the system sends a message to Allied Petroleum and they come by with a delivery," says Griffin.

With fuel monitored so closely, farmers like Griffin can see which vehicles are needing fuel more often and which are running more economically. The ability to reconcile stocks also helps with fuel excise duty claims.

With its water, fuel and milk vat monitoring services, Levno saves money for many Kiwi farmers. Spark's IoT network has also allowed Levno to step up their capacity to help more customers in rural areas.

The LoRaWAN network is better for Levno compared to traditional mobile networks. This is because the sensors last twice as long on the Spark
Low Power IoT network. LoRaWAN also has a wider coverage area, letting Levno extend its service to areas that don't have adequate cellular
technology.

“Organisations across the country reached out to us, keen to be at the forefront of IoT. We know that for many, this is the technology they need to take their business to the next level, whether it’s by keeping track of their resources, moving off cellular technology to lower their infrastructure costs or testing the new IoT product they've been developing.” 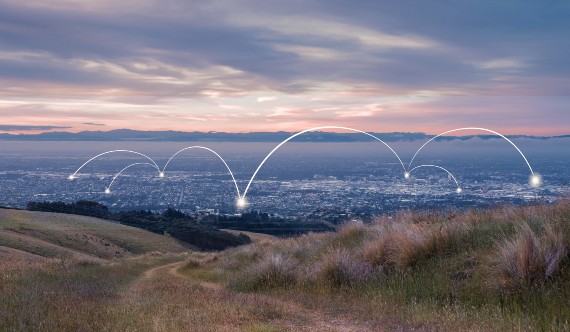 Connect your IoT solutions to our range of secure and resilient networks. Our networks allow for different use cases depending on bandwidth and coverage needs.

We've partnered with a range of best in class local and international expertise to ensure your business has the most suitable IoT solution.

We have dedicated experts ready to identify your business problems and opportunities, then plan and deploy the right IoT solution for your business needs.

Our complete range of IoT solutions include hardware, connectivity, data analytics and insights and after sales support. Everything you need in one place to get your business to the future, today.