Results from a Nelson City Council and Spark New Zealand joint trial of a ‘smart’ solar-compacting bin in Nelson’s city centre, shows that collection frequency is reduced by more than 50 per cent.

The Bigbelly Smart bin, on loan to Nelson City Council from Spark working in cooperation with New Zealand’s exclusive distributor, Manco Environmental, is equipped with an internal solar-powered compactor. Sensors inside the bin activates the compactor, which crushes the rubbish, allowing the bin to hold up to five times more than a standard New Zealand rubbish bin.

Because the bin doesn’t have to be emptied so frequently, there are a number of benefits such as a reduction in emissions and traffic congestion due to fewer rubbish trucks being on the roads, lower operating costs and improved staff efficiency.

The World Economic Forum research has shown, using digital technology, such as smart bins, could help cut global carbon emissions by 15 per cent.

Read more on how digital technology can cut global emissions

“Based on the data being collected in this trial, installation of these bins will contribute to a huge reduction in annual CBD bin empties, taking the number of from 49,000 to 22,000,” says Infrastructure Committee Chair, Councillor Brian McGurk. “The aim here is to reduce vehicle use and emissions, but also on another level, we’d rather that we didn’t have to call our drivers out to empty bins on a Sunday afternoon when they could be with their families.”

These bins will replace 54 of the old cast iron rubbish bins in the CBD. The bins will be paid for from Council’s Solid Waste closed account, which is self-funded through sources such as gate fees from the Transfer Station and landfill waste levies, and not directly funded from rates.

“Visually they are quite attractive, and can accommodate artwork, images or public messaging on all four sides of the bin,” says McGurk. “The smart bin lids (like clothing bins) have a drawer opening that has to be pulled open via a handle or foot pedal, making them rodent and seagull-proof.”

Spark’s Internet of Things (IoT) sensors installed in the bins determine the volume of material inside and feed real-time information via the Spark IoT network back to Nelson City Council’s waste management controllers, who receive an alert when the bins are full and require emptying.

IoT technology can make a significant and positive impact on our nation’s social, environmental and economic wellbeing.

“The simple change from old city bins to IoT connected smart bins means our city councils will have more visibility and control of their infrastructure. In this instance, instead of rubbish trucks driving around the city for hours checking if bins are full, they will now be alerted when to go to an empty the bin at a rate which is 50% less than it was before. This is another example of an IoT solution that improves productivity and efficiency, whilst addressing sustainability.” 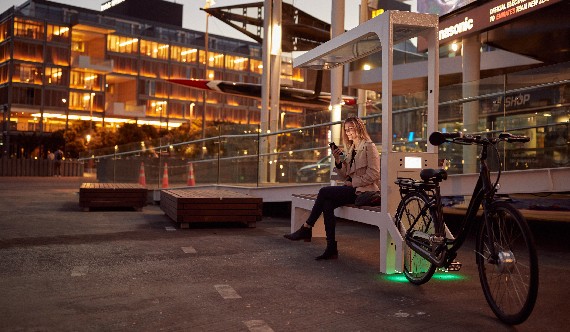 Cities are the biggest engines of national economies – they bring people together to create, collaborate and cooperate. 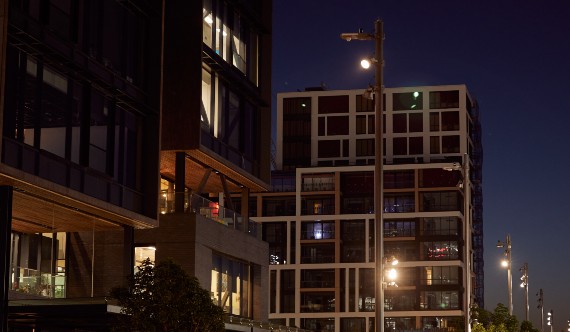