Automation will help to define the workplaces of the future - making them safer, more productive and more sustainable. Robotics and automation can take care of the dirtiest, most repetitive and riskiest jobs, freeing up workers to think creatively and be more innovative.

Although automation will displace an estimated 85 million jobs by 2025, the World Economic Forum forecasts that it will create 97 million new jobs, leading to an estimated 26% increase in global GDP by 2030.

IoT is an essential part of the automation equation, providing the connectivity for robots and devices to communicate with us and with each other. We can already see automation in action across Aotearoa, with the potential for massive growth over the next decade.

The opportunities for automation are enormous in New Zealand’s primary industries. This is a sector with many repetitive jobs which are often hampered by bad weather, plus a serious labour shortage. Fruit-picking is a perfect example; it’s heart-breaking for any grower to leave produce to rot because there’s nobody to pick it.

Horticulture innovators have been thinking about this problem for a long time, which has led to the development of some incredible fruit-picking robots. Here at home, we have developed kiwifruit and apple-picking robots, with an asparagus-picker on show at this year’s Fieldays event. Overseas, raspberries and cabbages are among the other crops that could soon be harvested by robots.

Manual harvesting can be arduous and back-breaking work, which contributes to the high cost of some fruits and vegetables – robots free people up to do other jobs, allowing farmers to get more from their land.

The future of weed control is automated: a drone can initially identify weeds, then communicate with a ground robot which will dispatch the weed. This eliminates the need for an entire crop to be sprayed with herbicide, and the use of electricity to kill weeds could potentially reduce herbicide use to nearly zero. Using IoT to communicate between air and land automation creates a system that can boost sustainability, reduce the use of weedkillers and make farms more productive.

Robots can also work underwater and at sea, not only in aquaculture but also doing jobs like cleaning offshore turbines, undersea surveys, monitoring sealife and searching for wrecked ships or aircraft.

Communication between robots, via IoT, makes it possible to do more with automation than ever before. One local Kiwi business, Rocos, recently won the supreme award at our 5G Starter Fund event. Their robotics platform, which uses our 5G network, allows for the management of robot fleets that could massively increase productivity in a wide range of industries.

Of course, you don’t need to go underwater to see automation in action in New Zealand. Autonomous vehicles are already being trialled at Christchurch Airport and Botanic Gardens, thanks to Ohmio. The Ohmio vehicles have also been trialled in Australia, China and South Korea.

The transition to greater automation in our economy will not necessarily be a smooth one. New Zealand businesses will need to invest heavily, in both the automation itself and the expertise to apply it effectively. That is likely to mean employing new people and upskilling existing team members.

But these efforts will be worthwhile. The upsides of a more automated workplace are simply enormous. This is the future of our economy: safer workplaces, greater productivity and improved sustainability.

Get involved – be inspired. 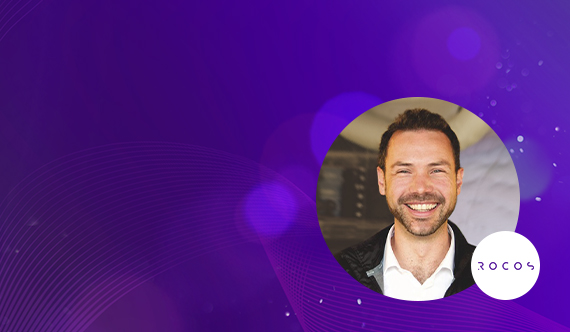 Join David Inggs, CEO and Co-founder of Rocos, as part of this month’s Spotlight Series on Automation. 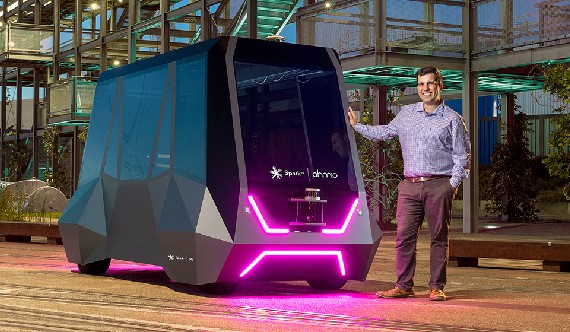 Learn about the vehicles of the future with Mahmood Hikmet. 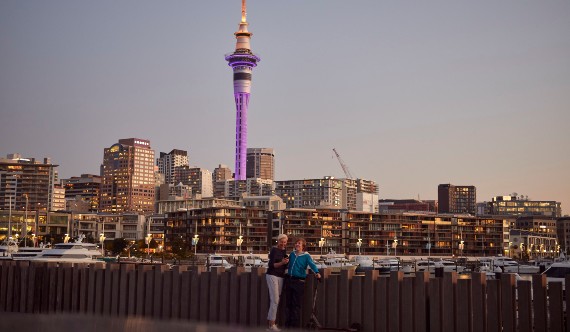 The Innovation Precinct in Wynyard Quarter is Ground Zero for testing the newest smart ‘things’, as Spark partners with Auckland Transport to bring the future faster.